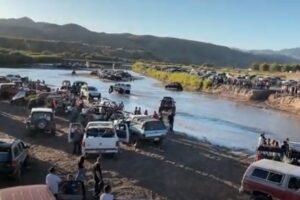 This scene, but with less water, could have been reenacted in the Las Cruces – Mesilla reach of the Rio Grande just as migrating birds were seeking food and respite, and after years of riverbank restoration efforts.

Off-road vehicle enthusiasts across the West had been invited to descend on the area, chosen for this year’s “River Run” events. The Las Cruces chapter teamed up with the Southwest Environmental Center (SWEC) and Mesilla Valley Audubon Society, sending a well-crafted opposition letter to the International Boundary and Water Commission (IBWC), which has jurisdiction over the riverbed, and to numerous state and regional officials. Read the original letter here.

Numerous individual members of our organizations and local authorities followed suit. SWEC reports the outcome in the press release that follows.

10/14/20 Update: SWEC has learned that a massive off-road vehicle rally planned for the bed of the Rio Grande on consecutive Saturdays (10/10/20 and 10/17/20) has been cancelled, at least for this year. The organizers were apparently unable to obtain the necessary permits in time from the U.S. International Boundary and Water Commission. Thanks to all of you who contacted IBWC and other officials to voice your opposition to this event. 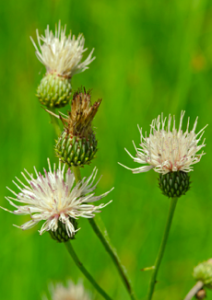 Following a rigorous review of the best available science, today the U.S. Fish and Wildlife Service announced a proposal to list the striking, 8-foot-tall Wright’s marsh thistle (Cirsium wrightii) as threatened under the Endangered Species Act. (ed., Some would say, “It’s about time!”)

See the complete explanation of the proposal here: FWS Proposal

You might be interested in an online symposium hosted by the New York Botanical Gardens entitled This symposium is free and will be held on two Tuesdays: November 17 & 24, 11 a.m.– 12:30 p.m. EST. Registration is free. See agenda through the link below. 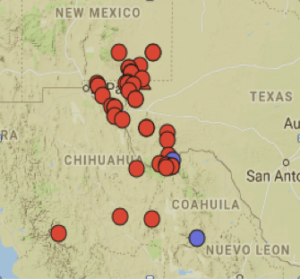 (Message from Brian Buma at the University of Colorado, Denver) Through a collaboration with iNaturalist, National Geographic, and ESRI, I want to let you know about a cool opportunity to get into the exploration scene. A new website allows you to explore the northernmost and southernmost plant occurrence records for any species on the continent – and then go break them. The idea is people can explore the edges of life (similar to our recent paper in Ecography on the world’s southernmost tree) nearby. It’s a great activity for education or just exploring. The records are limited to research-grade observations on iNaturalist with <1000m of location uncertainty, so many will be fairly easy to beat, at least initially.

Check it out! It’s a great way to add some purpose to a hike or assignment to give to high school or college kids.