Posted on March 28, 2013 Categories: Conservation Updates, What's New Comments are off for this post 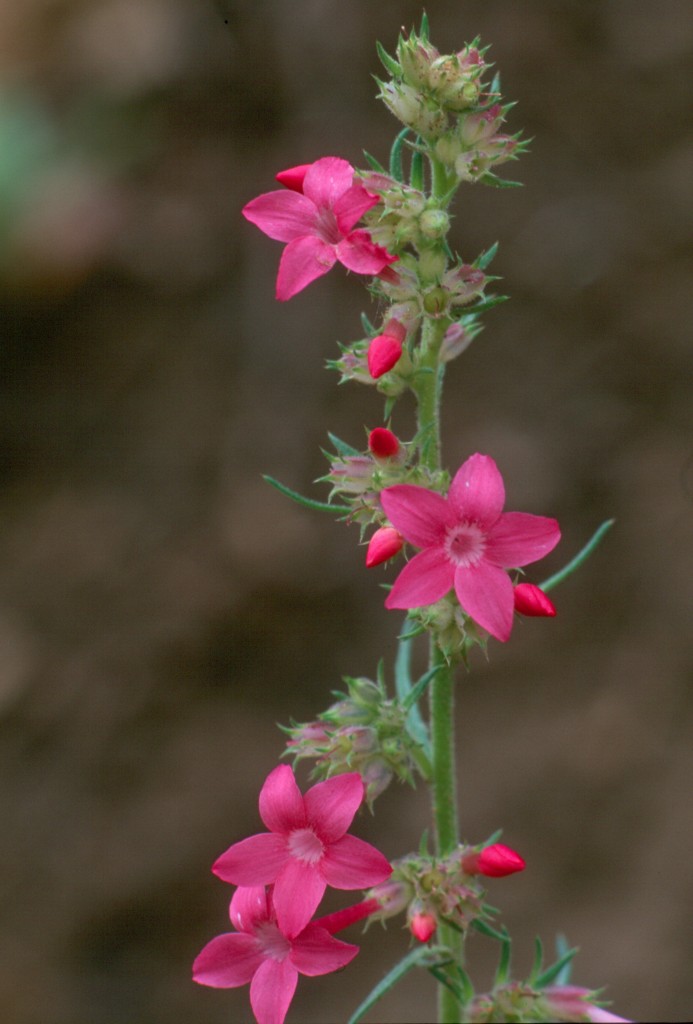 On July 29, 2012 I joined state Division of Forestry botanist Daniela Roth, former state Division of Forestry botanist Bob Sivinski, UNM rare plant botanist Phil Tonne and 3 others at 2 sites of the 2011 Holy Ghost ipomopsis plantings in Holy Ghost Canyon adjacent to the Pecos Wilderness. These plantings are part of the recovery program for this federally listed endangered species.  I can report that our half day visit clearly indicated that the plantings we made in 2011 were doing quite well. The majority of the plantings were in flower at the time of our visit. Our purpose on this visit was to prepare a seedbed for certain portions of the plantings. As part of the recovery program for this endangered species we needed to remove the organic material (litter and duff layers) so that mineral soil would be exposed. In nearby areas of this “experiment” the organic material remained untouched.  Botanical researchers want to know under what conditions the Holy Ghost ipomopsis reproduces best. Does mineral soil enhance germination and successful reproduction?  Does the organic material (litter and duff) inhibit or encourage successful germination and reproduction? The ecology of this endangered species is discussed in detail by Phil Tonne in an article published in the Newsletter in 2011*.

Later in August Daniela documented more thoroughly the response from the 2011 plantings. She found that 84% of the 640 plants planted at the two 2011 treatment sites were alive in 2012. And 92% of those surviving plants were flowering. A total of 57% of the survivors were browsed in the 2 plots. Deer are presumed to be the browsing culprit, but elk or rabbits may be involved. There were no tracks or droppings observed.

According to Daniela more study is needed to determine what effect browsing has on the production of mature seeds.

Riparian Restoration for Native Plants on the Rio Grande

Desert Blooms and Marathon Moths – Plants are Cool, Too!